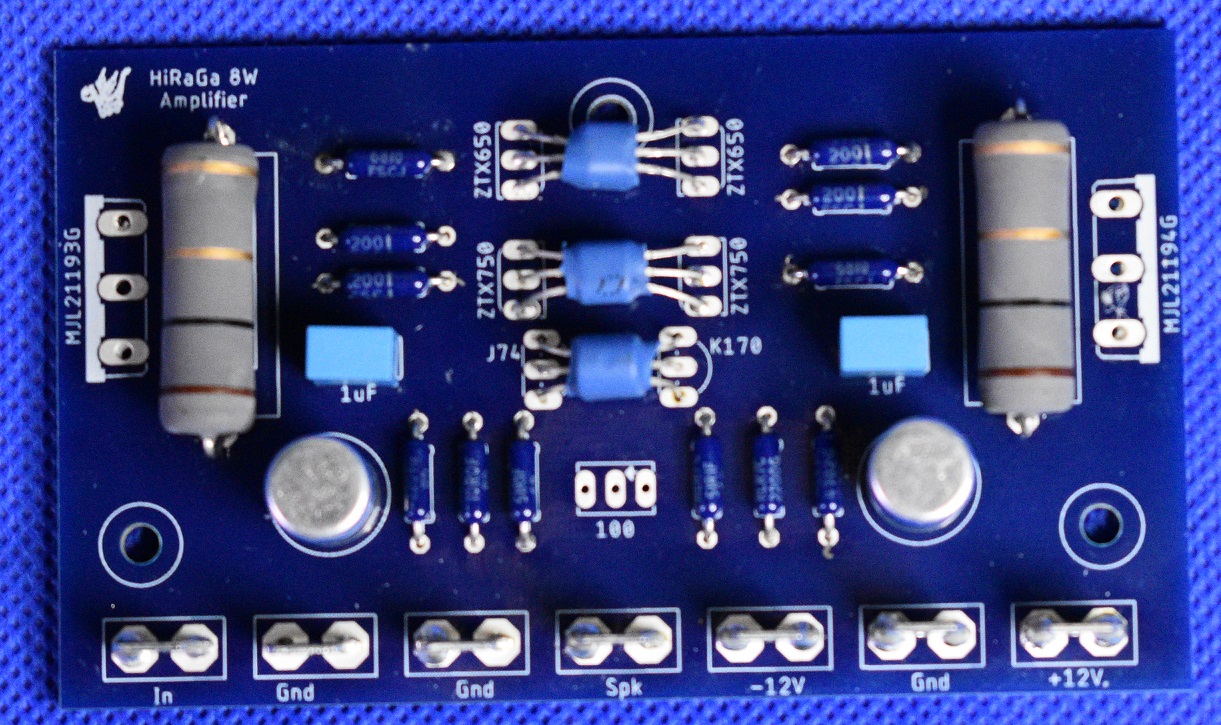 For the 1st year anniversary of Hifistor company I would like to share this Hiraga 8w amplifier build, codename Maria with all visitors. Many times I asked myself what will do Jean Hiraga in case that he need to build his legend small amplifier this days. Some components used in original design are still not replaceable but we must be honest with ourselves and confess that technology this days is much advanced than before 30 years. This build will try to represent what will do Jean with his amplifier Hiraga Monster 8W in modern era mixed up with my personal sign on it by taking special attention on component and design during this build.

For input stage I put matched Linear Technology A class Jet’s LSK170/LSJ74 , they were not Toshiba’s but they are for sure closest what you can get , easily. Small transistors are pairs from Zetex ZTX753/ZTX653 . I have thinking a lot of time what to put here, BC550/BC560 or Zetex but at the end I took Zetex due to for a little bit more money I can get better quality transistors. For output I took MJL21193/MJL21194 pairs , and all transistors are Beta matched. During pcb designing I take care to leave space for possibility to connect transistors together. At the end resistors are metal film, RLR not inducted Vishay Dale and output resistors are MOX 5W from Jantzen audio. Mounting tab’s are VOGT silvered from Switzerland. 1k bias resistors in this version I have to lowered to 680ohm and at the end they gave me at output resistors 550mV which exactly what I want to get. Only in this version I took Ersa frolyt 100uF electrolyte capacitors, in all others in they place will be Elna Silmic II . For capacitors I took Vishay 1uF. PCB is blue 2oz immersion silver , and all components are soldered with silvered solder . For those who want to hear how it works , they can visit official HiFistor facebook page for short audio.