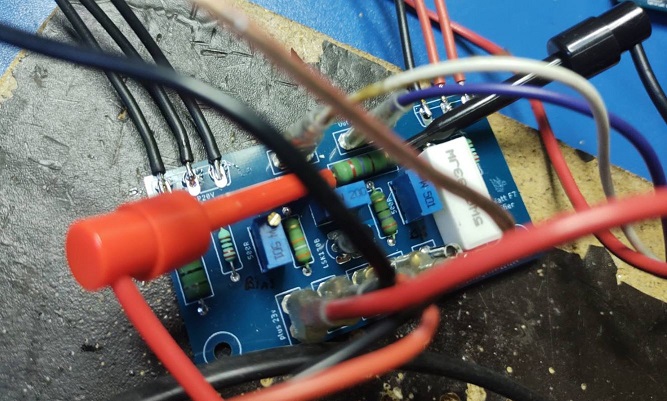 device build with proven components , such as Lateral mosfets and small fets 2sk170/2sj74 which are many times seen in many audio hifi projects also many time commented on many threads so what to say anymore ?! Short working video is HERE . I saw some design’s during building this project including original one and I decide that distance between output mosfet’s is too big , which make also distance between other components producing at the end travel of audio signal longer. In my build I decided to make distance between components as short as possible at same time leaving the as much as possible space between mosfets. Also , in my design I have put small fets in good position for easily merging them later. It is not necessarily to put output mosfets directly on PCB so, if there are some heating problem they can be mounted out of pcb.

Second dmm clamp at speaker output . Now slowly spin VR2 , when it start increasing, go to VR3 and start it increasing. Final value which You have to get is 0V or near 0 at least on Spk output and 50mV at bias resistor. When amplifier is warm you have to setup it again. In my build I setup bias to 65mV however recommended value is 60mV . Have to say that this amp need a lot of patience to setup and this is quick way, however during measuring process values have to be checked several timer until you make everything working good do not have to mention that bias which you choose also depend on heatsink which you have…