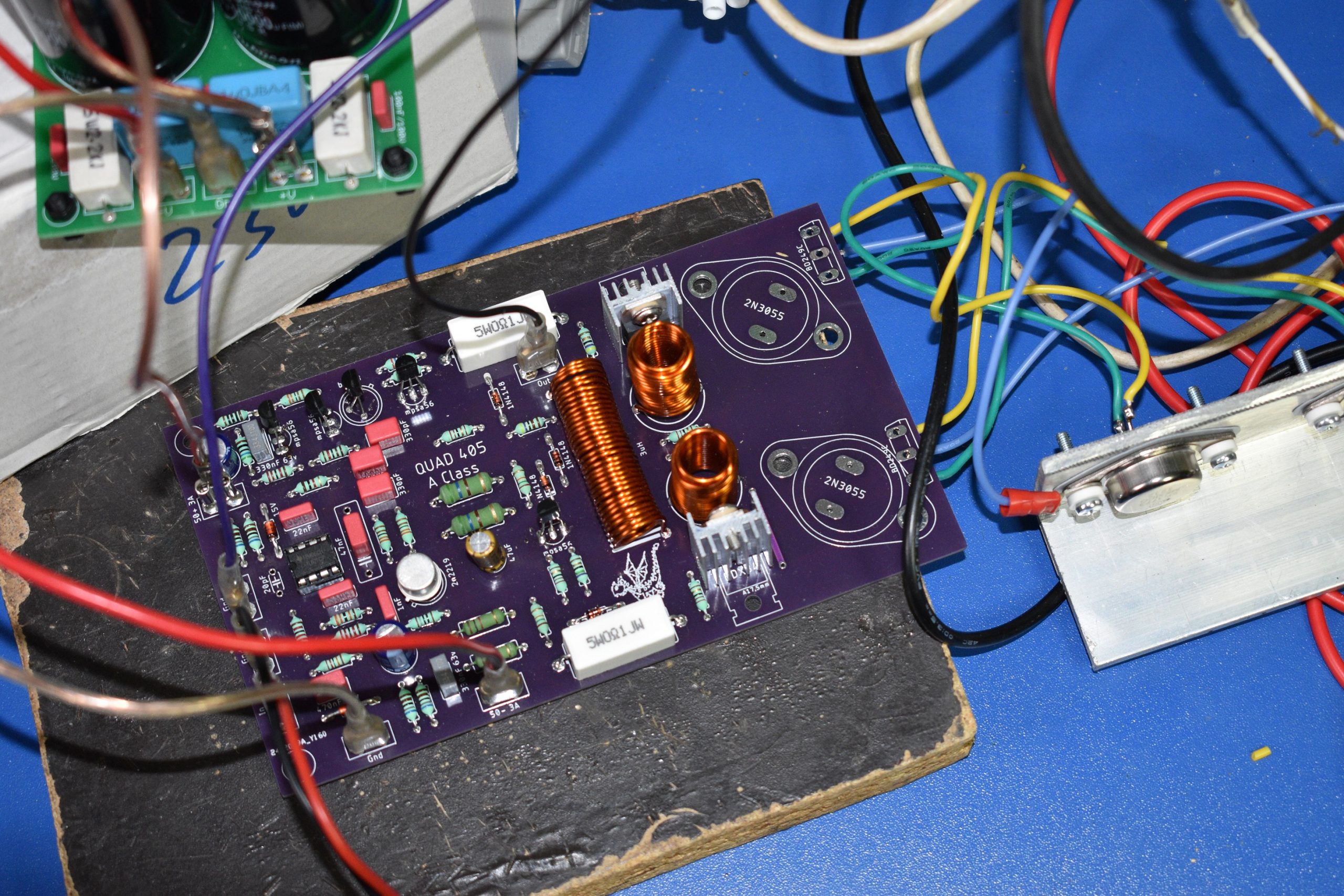 Quad 405 , what to say, probably one of the most commented and modified amplifier in HiFi community . For those who want to build this amp , due to many mod’s it is very hard to choose which version to build. In my build I have tried version which is as much as possible same as original one. I have choose to build this amp due to it is very well commented but also I noticed that most of builds has one , for me serious problem. Many of pcb’s which I have seen are built with ferrite core inductor’s . Ferrite can significantly impact the sound so my opinion is building this amp with ferrite core coil is wrong. Transistors used in original circuit are very hard to find this days , but most of them are not critical and have good modern replacement . In my build I have used next replacements (bolded are in final version):